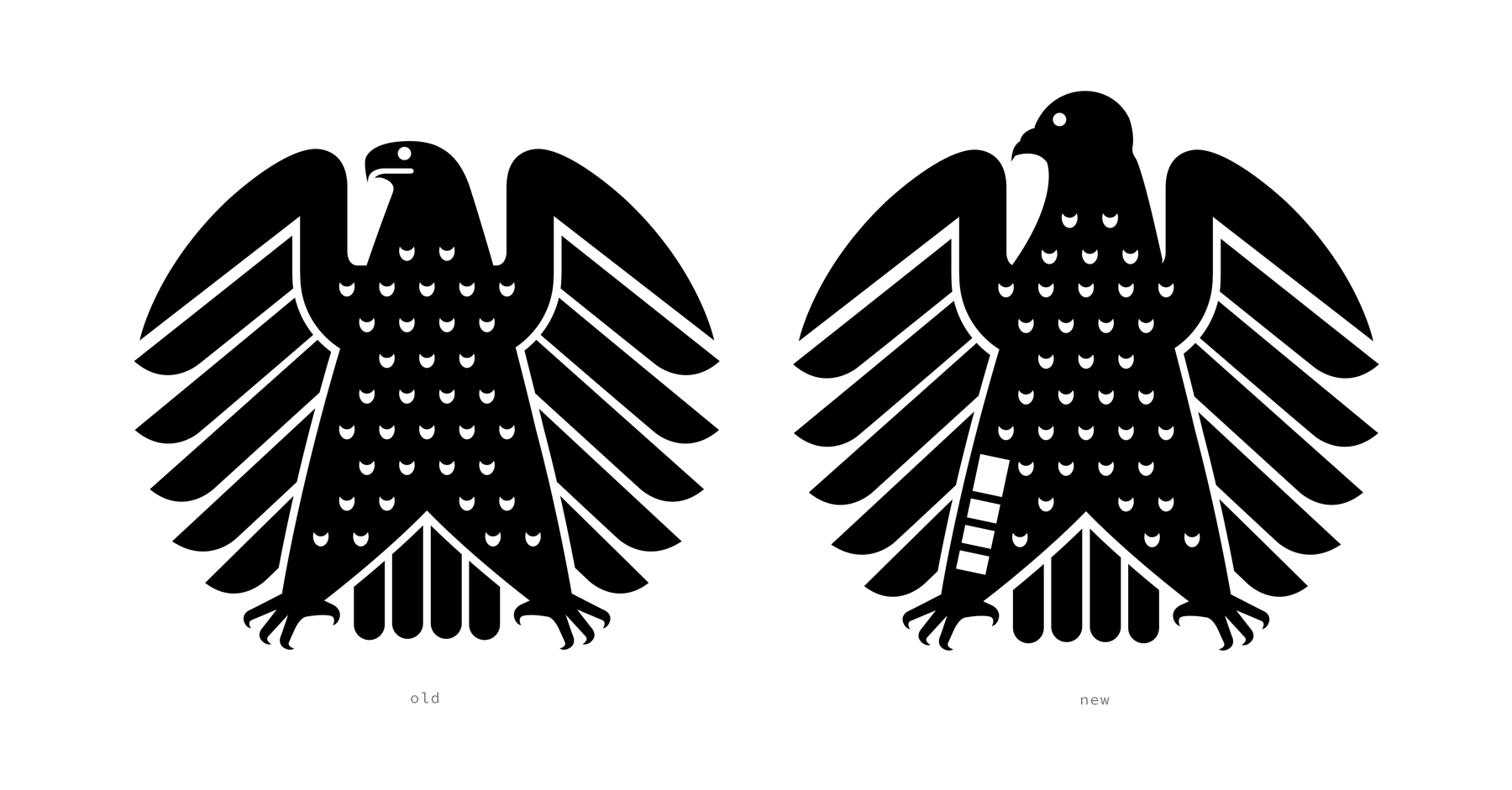 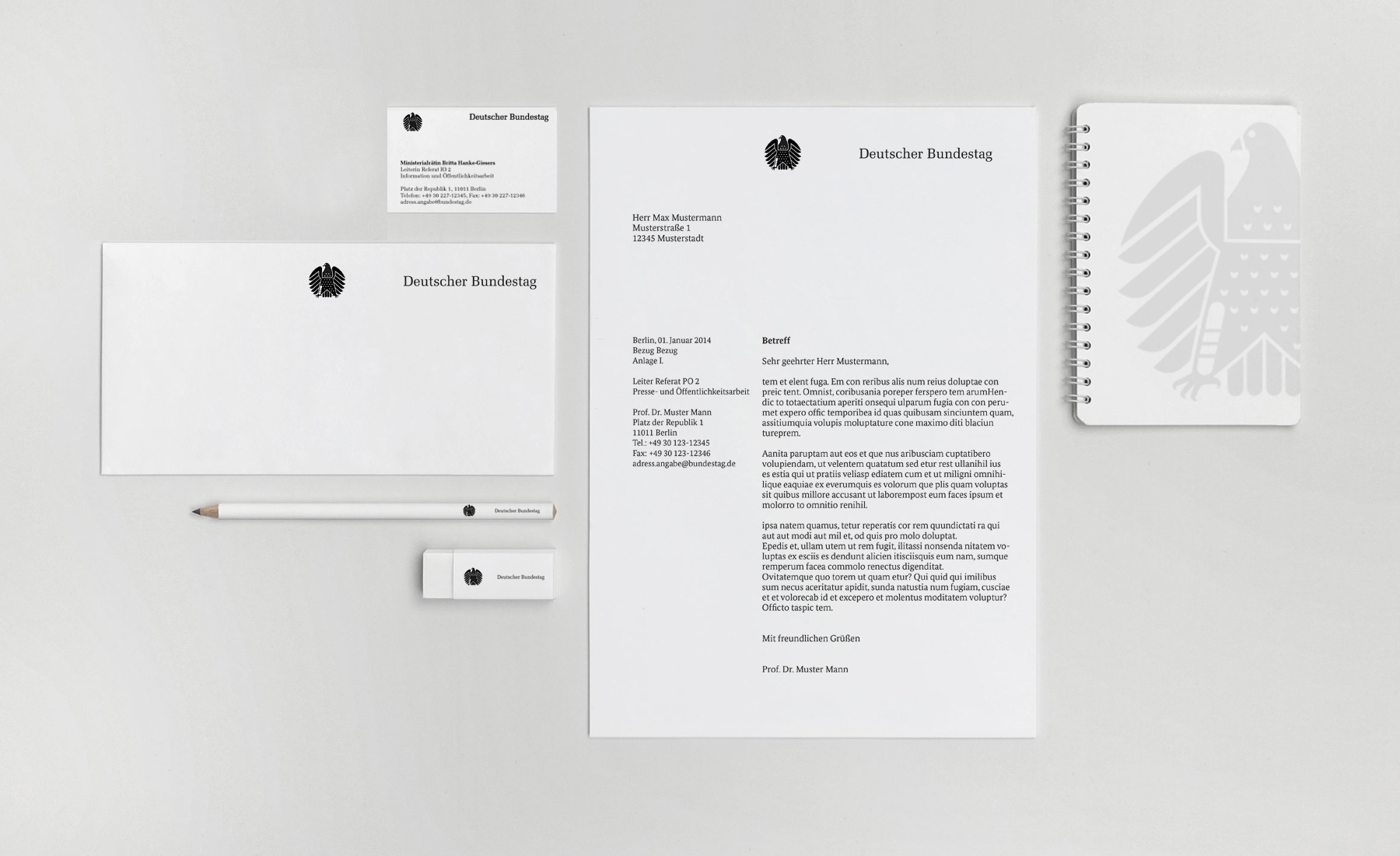 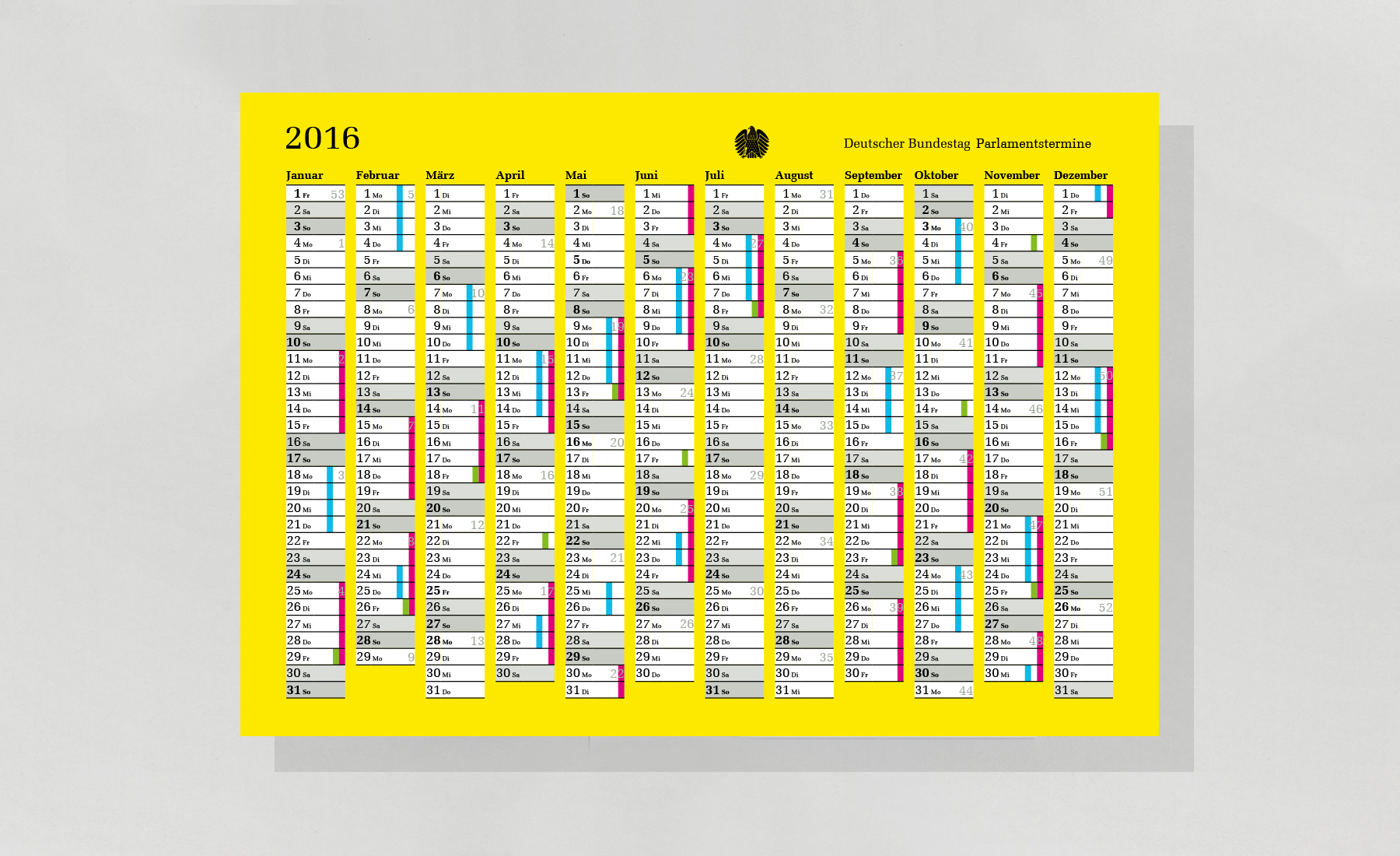 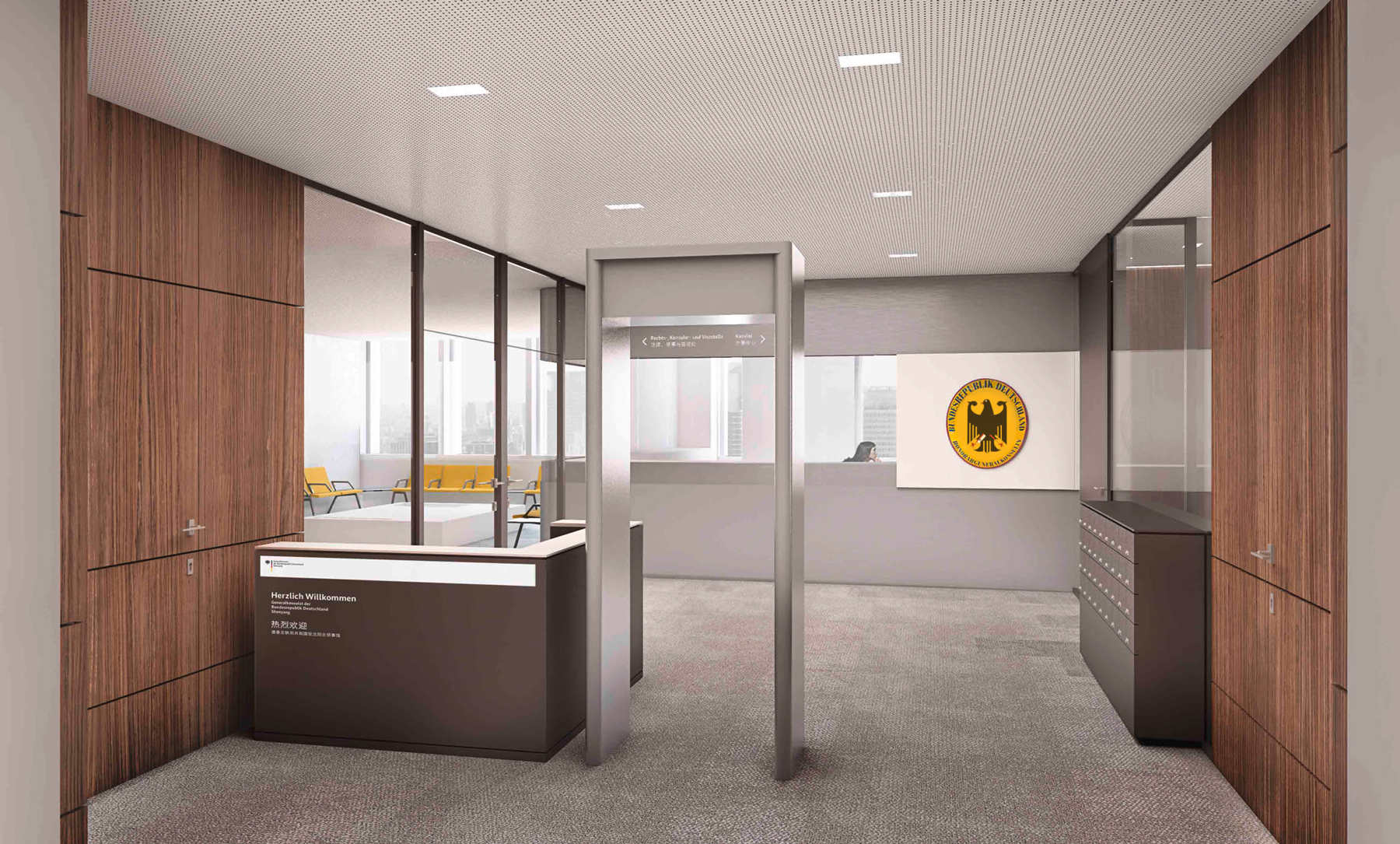 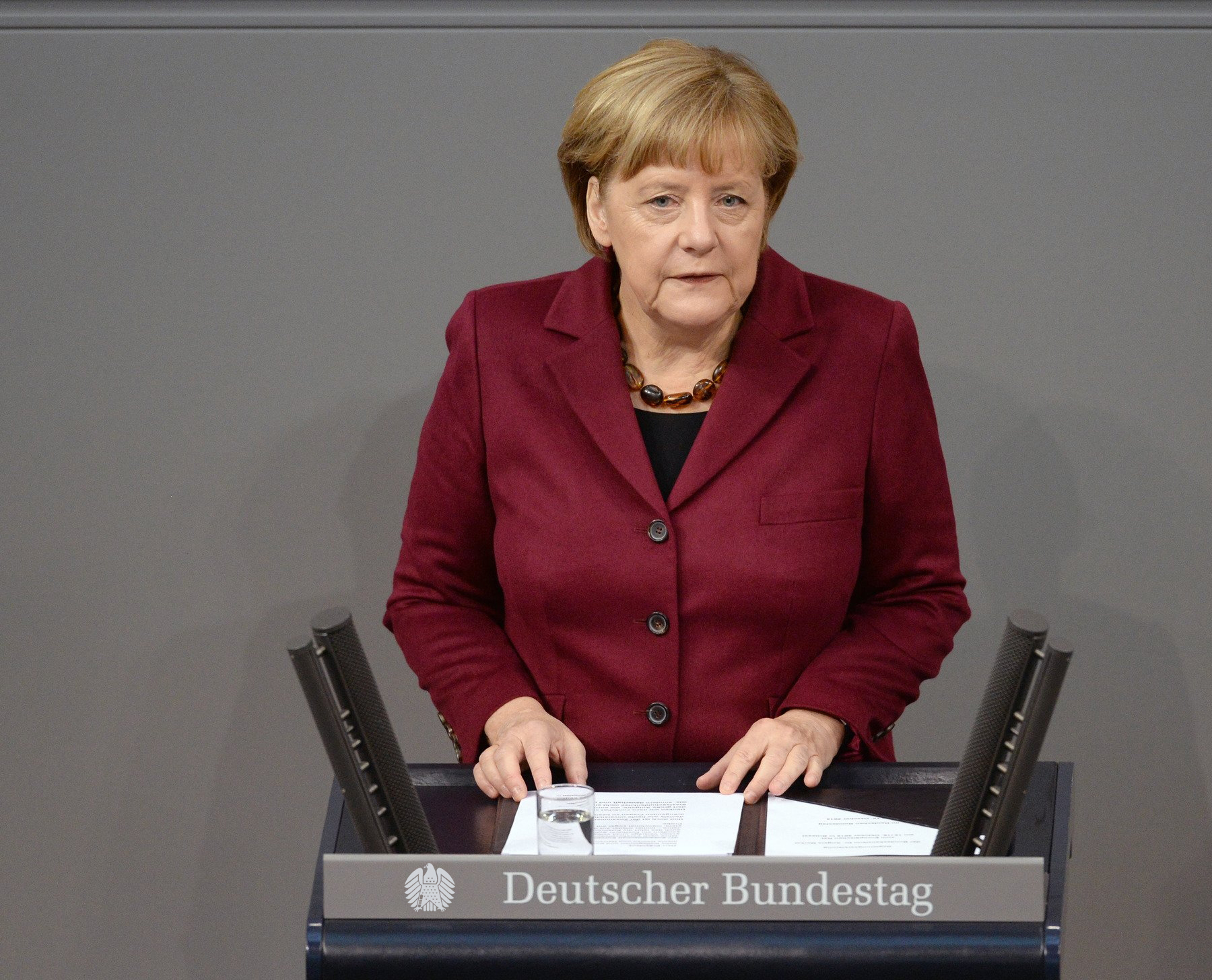 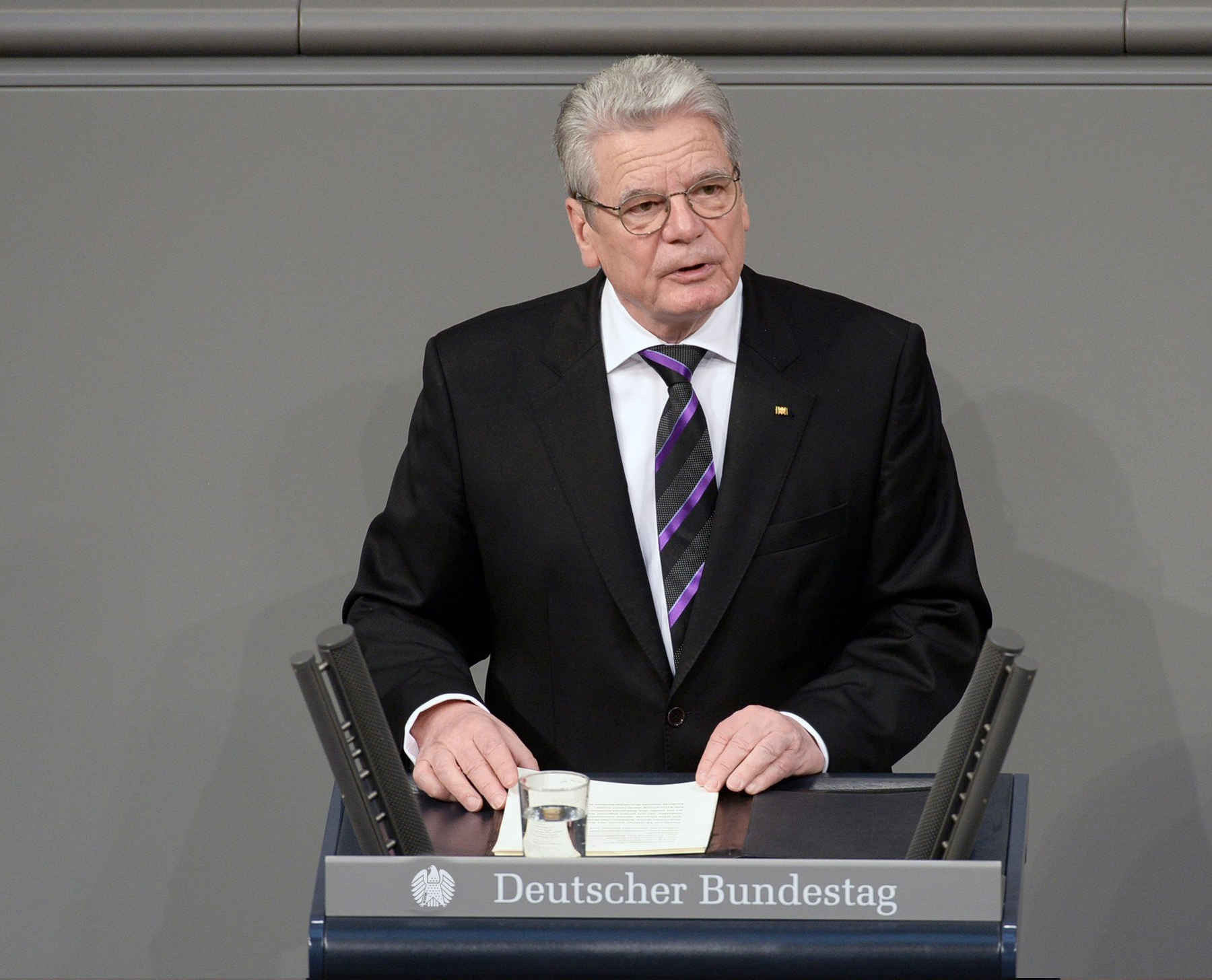 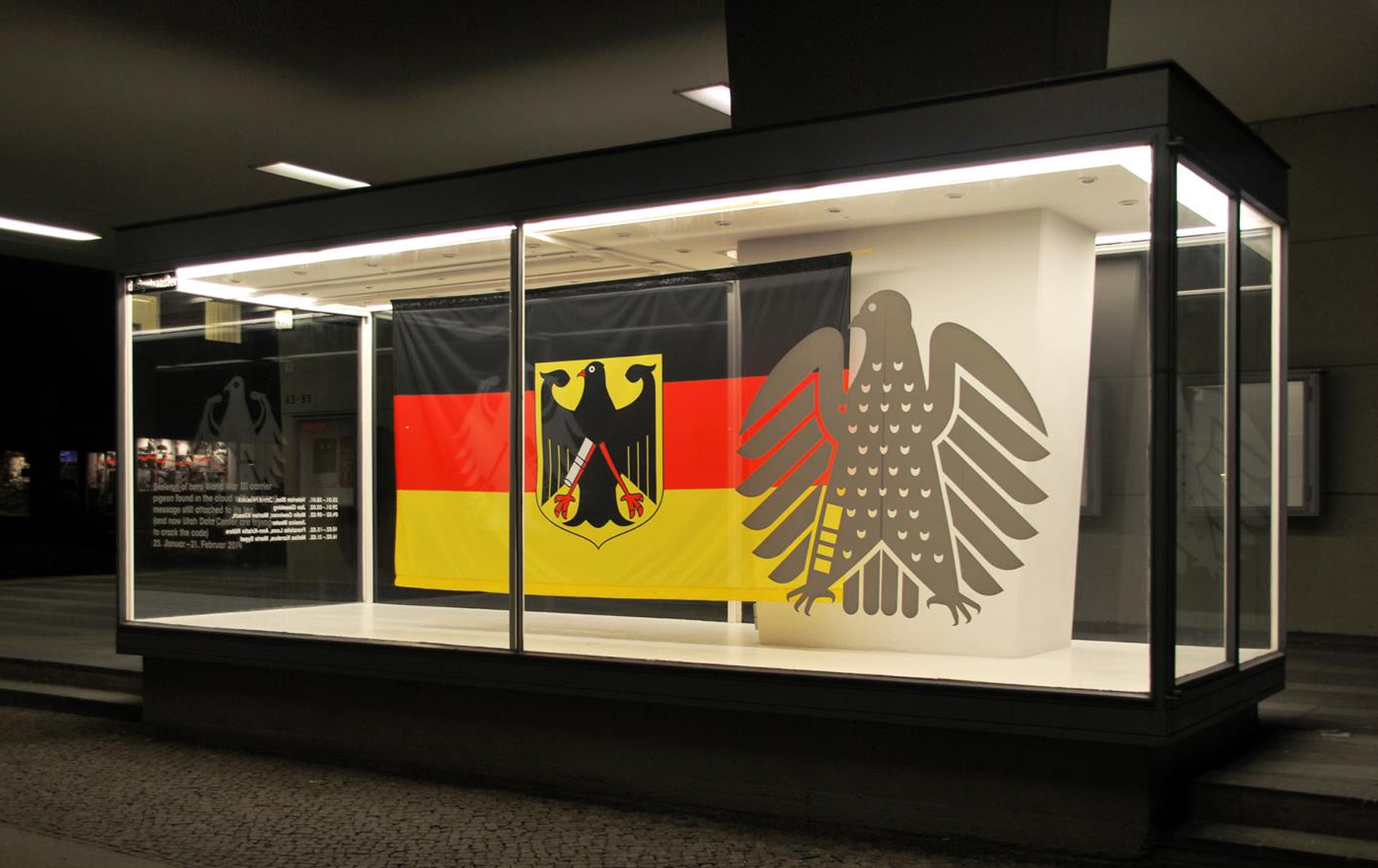 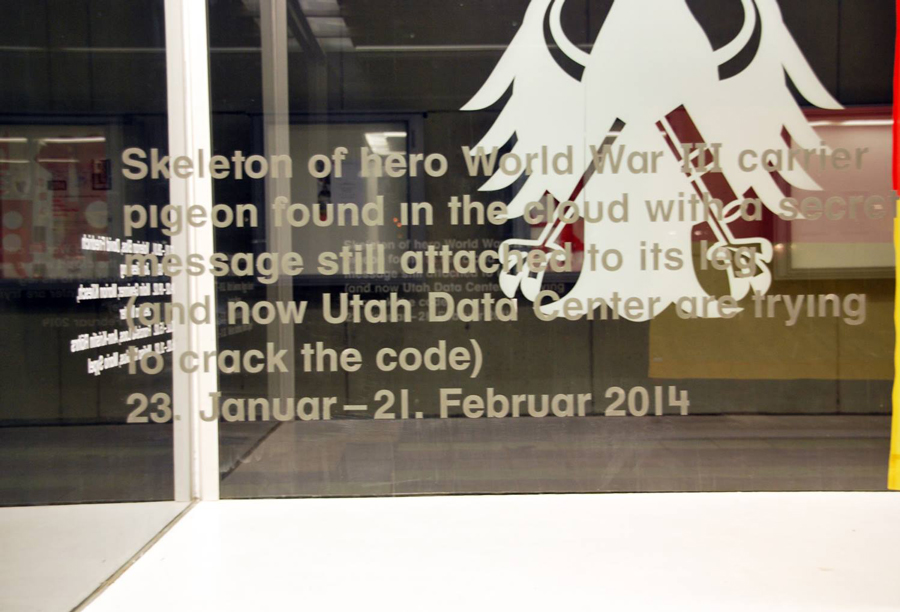 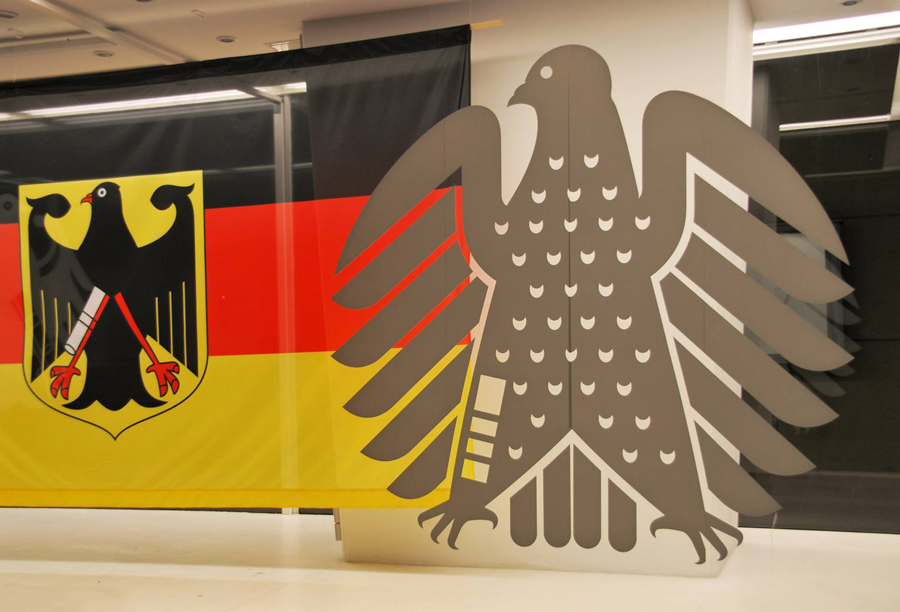 by Ann-Kristin Röhrs and Franziska Loos at ‘Skeleton of hero World War III carrier pigeon found in the cloud with a secret message still attached to its leg (and now Utah Data Center are trying to crack the code)’ exhibition, designtransfer, Berlin (2014).

Ever since the NSA affair started the web is full of ironic remarks about the return of the carrier pigeon as a tap-proof, animal-based network technology. In short, as a meme, the carrier pigeon is to PRISM what the cat is to the world wide web.

In the winter semester of 2013/14 a group of Visual Communication students at the Berlin University of the Arts researched from a design perspective about the carrier pigeon‘s image as part of the military-industrial complex, resulting in designing a virtual dovecote in the showcase outside the UdK building at Einsteinufer. Conceived as a redesign of the German Federal symbol, the ‘Federal Pigeon’ was designed to replace the Federal Eagle. As a carrier pigeon the Federal Pigeon guarantees security of secret information and stands for freedom, sovereignty and protected communication. The Federal Republic of Germany dissociates itself from a control and surveillance state and thus sends a clear democratic signal. more information