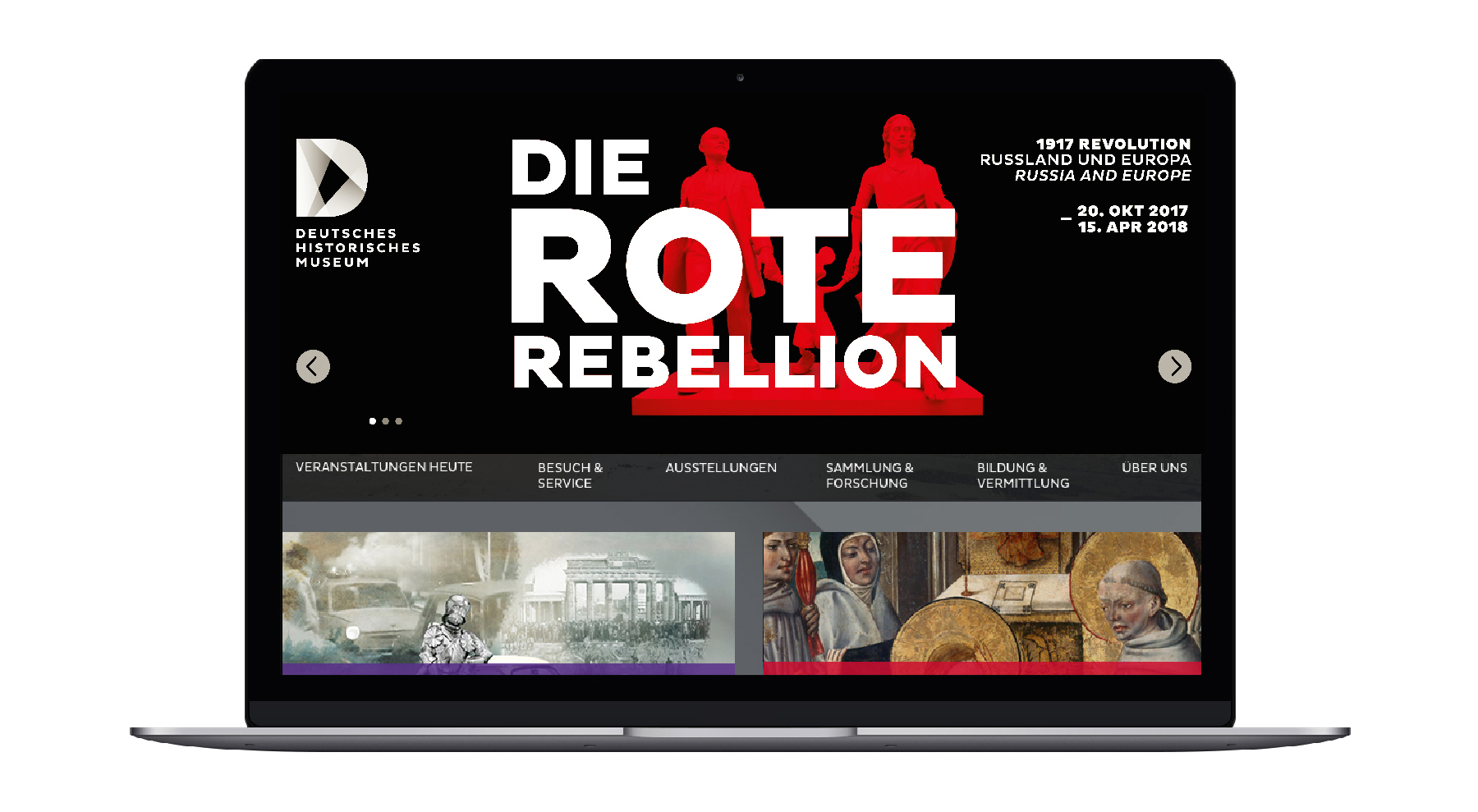 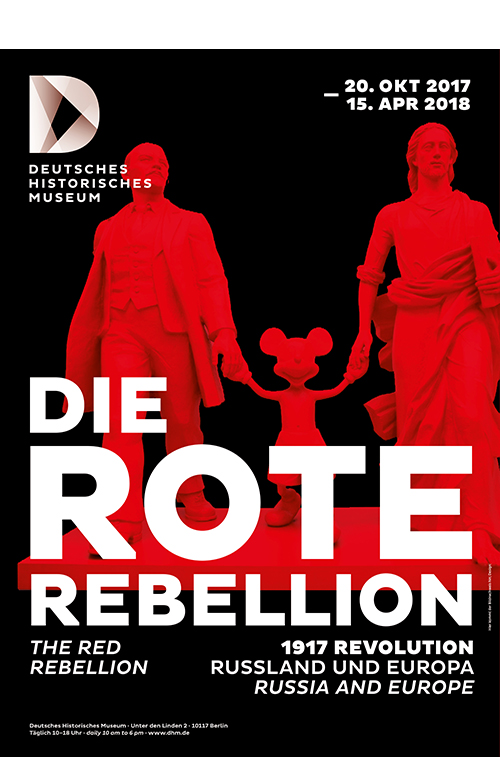 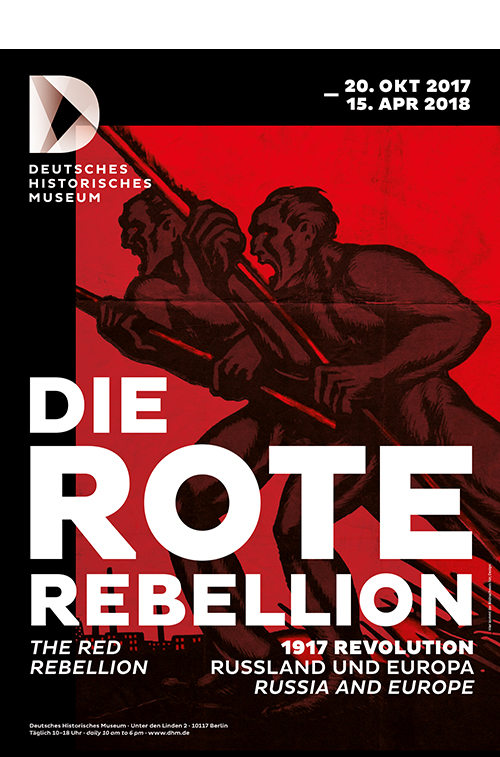 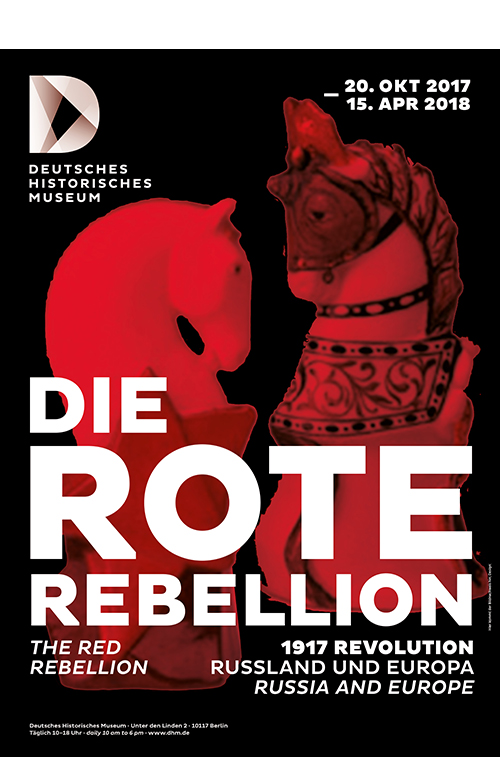 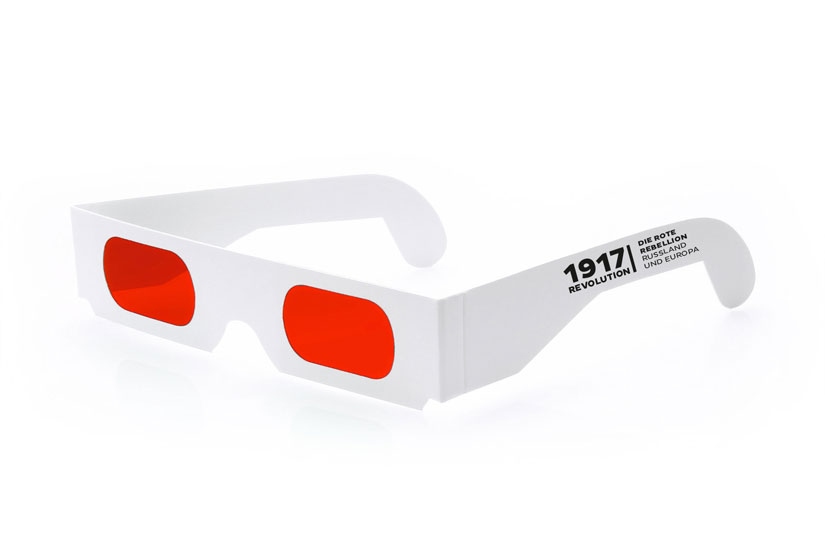 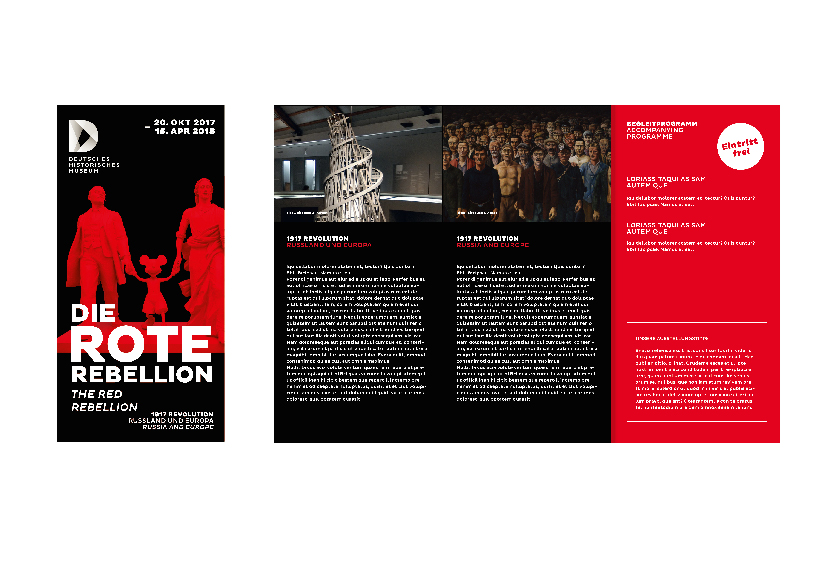 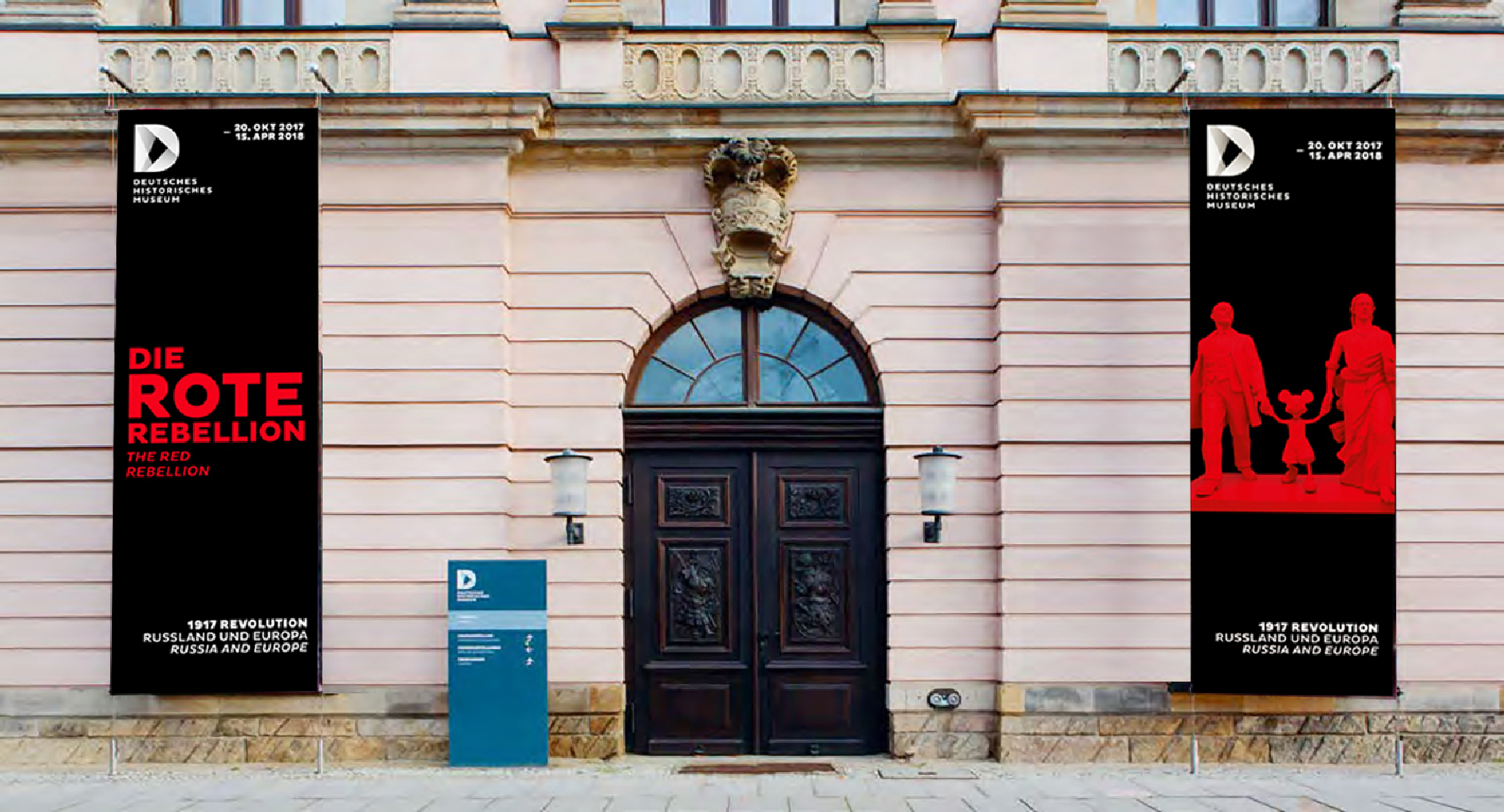 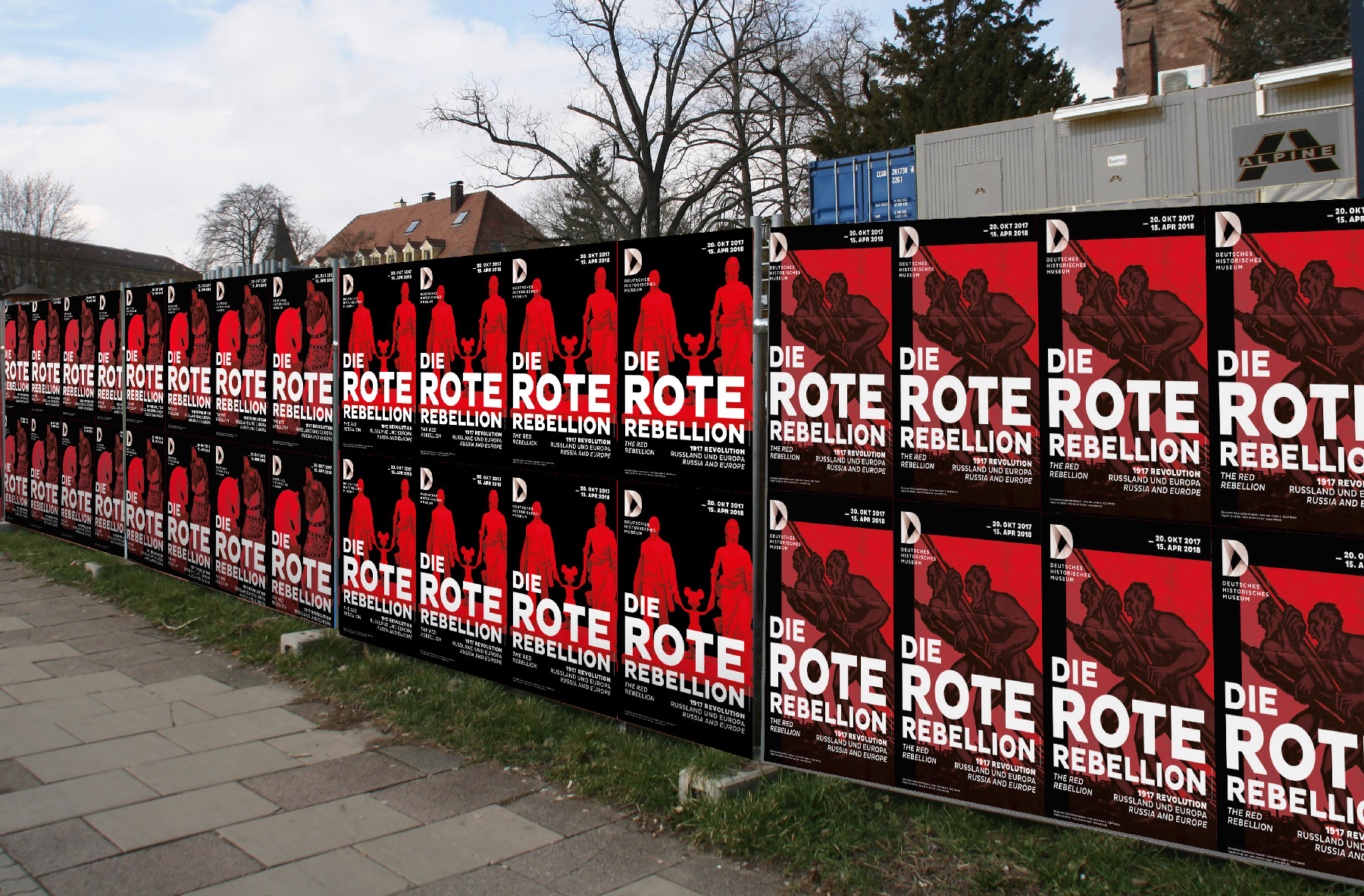 In 2017, the Russian Revolution marks the 100th anniversary. The history of the mentality and the cultural history brought about a revolution in all areas of society. The exhibition at the Deutsches Historisches Museum focuses on the complex revolutionary events in Russia and its complex consequences for Europe and examines the reactions and counter-reactions of the political and social upheaval in selected European and non-European states.

At the beginning of the twentieth century, the word „red“ gained a new meaning and was associated with communist ideology since then. The color of the state flag – and with this flag the country lived until 1991.

According to Soviet mythology, red was the color of the blood shed by the workers in the struggle for liberation from the yoke of the capital.